Taking approximately 84% of the country’s landmass, Abu Dhabi is the largest emirate in the United Arab Emirates. It features a 700km long coastline and 200 islands. It covers 67,340 sq. km in total.

The federal capital of the UAE is located in the emirate of Abu Dhabi.

With an area of 4,114 sq. km., or nearly 5% of the UAE excluding the islands, Dubai is the second-largest emirate.

Due to its rich tradition and history, Dubai’s older neighborhoods—which total 1500 square meters—have earned the nicknames “Pearl of the Gulf” and “Jewel of the World.”

With a 2,590 sq. km. area, Sharjah is the third-largest emirate in the United Arab Emirates. It takes up 3.3% of the UAE’s total land area (not counting the islands). It is renowned for its beautiful seascapes and landscapes.

The emirate is home to a large number of educational institutions, ensuring a steady flow of young people with the most recent knowledge in engineering, science, and technology as well as other talents that promote economic progress.

The smallest of the seven emirates, Ajman is about 259 square kilometres in size, or roughly 0.3% of the total territory of the United Arab Emirates (UAE) excluding the islands. Although Ajman has a few sandy beaches, the rough Hajjar mountain range dominates the landscape. Even while Ajman city is contemporary and offers modern amenities and services, it has a charming traditional quality.

The second-smallest and least populous emirate in the United Arab Emirates is Umm Al Quwain. It occupies an area of roughly 720 sq. km., which is equal to 1% of the UAE’s land area.

The history of Ras Al Khaimah spans more than 7,000 years. In the region that is today known as Ras Al Khaimah, a thriving port developed in the 13th and 14th centuries. It was noted for its superb pearls and rose to prominence as one of the most important trading centres in the Arabian Gulf under the name Julfar. The level of trade that took place in the former Julfar is indicated by the finding of rare Chinese porcelain in this location in 2019. 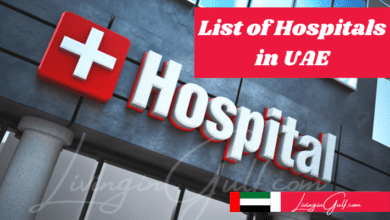